Poker is a game with a long history. The shape and the concept of the game have both altered over the centuries, producing the family of poker games that exist today. As the game has been transformed from casino poker to online poker, and as it has developed into a wide range of different poker variations, the poker vocabulary of commonly used game phrases has also continued to expand. Like any game, poker uses its own particular jargon to describe the poker rules, the game’s processes, and techniques and poker strategy that have been made famous over the centuries.

The poker dictionary is long and extensive. Some words pertain only to specific poker game variations, while others have fallen out of use or become obsolete. A cache of key phrases, however, does exist. Every poker player must know and understand what these phrases mean in order to fully participate in the game.

Ante: This is a mandatory bet used in some poker games that forces every player to contribute to the pot at the beginning of a game. It is commonly heard in the popular phrase, “Up the ante.”

All-In: When a player bets all of their remaining chips on one hand.

Blind: Another type of mandatory bet that comes in two parts: small and big. The small blind is usually half the amount of the big blind. The blinds move around the table in a counter-clockwise direction starting with the player on the dealer’s left.

Call: A type of bet that matches the current bet.

Check: The act of non-betting that a player may opt to do if no bet amount has been offered yet. It passes on the betting responsibility to the next player.

Community Cards: The shared cards dealt face up on the table that all players may use. Found in Texas Hold’Em poker and Omaha poker.

Fold: To refuse to match the current bet and thus forfeit one’s cards and exit the game.

Flush: Having five cards of the same suit.

Full House: A 5-card hand composed of a Pair and Three of a Kind.

No Limit: A poker gambling style that does not limit the maximum amount of a game’s bets.

Poker Tournaments: A competitive series of poker games that eliminates players when they run out of chips.

Pot: The total amount of money a player stands to win at the end of a game.

Raise: When a player chooses to increase the current bet.

Split Pot: When two players have the same final hand and must share the winnings. 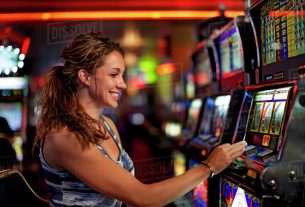 Why Playing Poker Online is Convenient